Simmel defined the Stranger as an “organic member of the group” (p. 149), who “comes today and stays tomorrow”[1] (p. 143), who is defined by his “nearness” over “remoteness” to the group (p. 143), who brings “qualities into it (the group) that are not, and cannot be, indigenous to it” (p. 143), which make him “attractive and meaningful” (p.145), whose “objectivity” that is by no means “detachment and non-participation” (p. 145) lend as “specific form” to his interaction with the group (p. 143) by “both being outside it and confronting it” (p. 146). A stranger is “freer practically and theoretically; he surveys conditions with less prejudice; his criteria for them are more general and more objective ideals; he is not tied down in his action by habit, piety, and precedent” (p. 146).

[1] as opposed to a wanderer “who comes today and leaves tomorrow” (p. 143) END_OF_DOCUMENT_TOKEN_TO_BE_REPLACED

“Christianity was born among the urban Jews of the Roman Empire and spread gradually into the countryside. Even in largely rural Europe, monasteries functioned as surrogate cities and Christianity spread outward from these centers of structure and literacy.

Pagus is the Latin word for “countryside,” and in the countryside the old polytheisms lingered long after they had died out in the cities. Thus, a rural polytheist was a pagamus, and paganismus (paganism) became synonymous with polytheism. In England, pre-Christian polytheism lingered in the inhospitable heath, and so heathenism became an English synonym for paganism.
END_OF_DOCUMENT_TOKEN_TO_BE_REPLACED

“… some ways of classifying the various sciences. 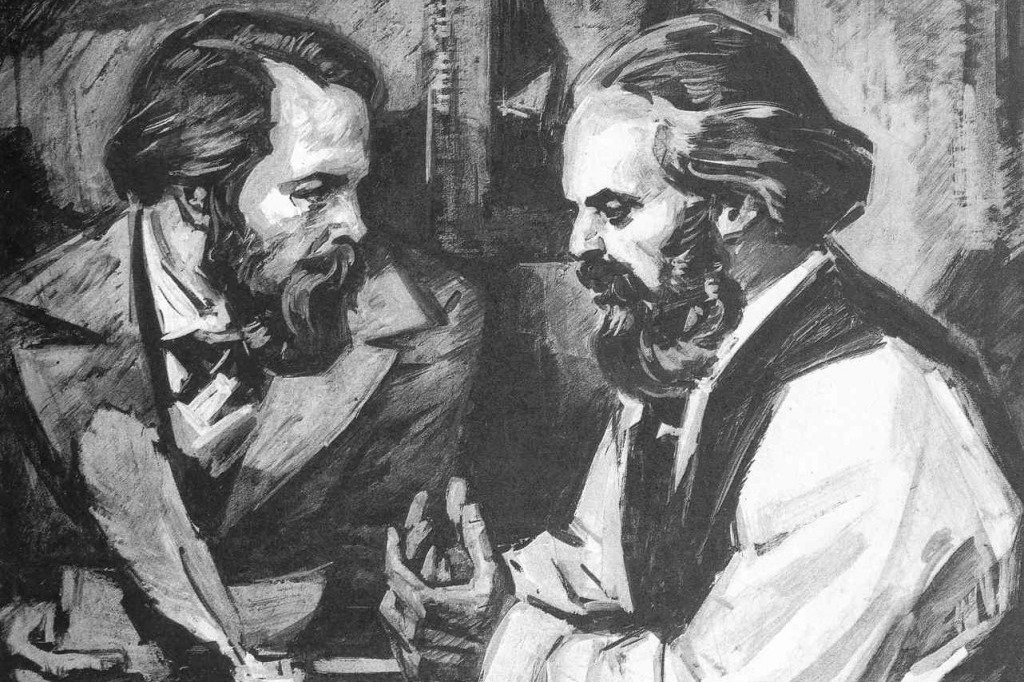 END_OF_DOCUMENT_TOKEN_TO_BE_REPLACED

A California public school teacher posted a video on TikTok, which went viral on social media and invited a strong backlash. She described the video that she removed the American flag from her class because it made her feel uncomfortable and gave her students the option to opt-out of the Pledge of Allegiance exercise. One student, however, pointed out that they were pledging allegiance to ‘nothing’ alluding to an absent national flag. The teacher suggested they could pledge allegiance to another flag hoisted in the classroom, which was the Rainbow flag. Her action infuriated thousands who stormed social media to make hateful remarks. The teacher ended up removing her post, but the video is being circulated over social media by several patriotic accounts. For details, please see (Yurcaba, 2021).

END_OF_DOCUMENT_TOKEN_TO_BE_REPLACED 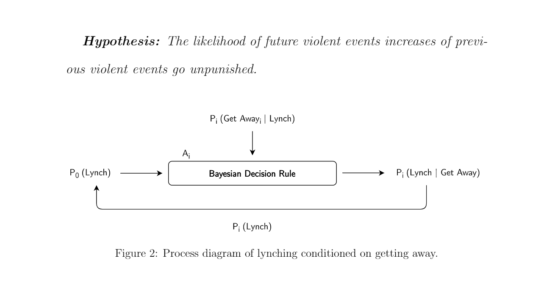 Collective violence spreads through social learning among autonomous agents, especially when decisions of the observing agents are not simultaneous, but vicariously yet rationally made on the basis of information they receive from the actions of other agents on in-group. These actions and decisions can be expressed as a sequential game in which the outcome of prior actions influence the likelihood of subsequent actions as beliefs are updated through Bayseian updates at each time step. The model presented below hence underscores the dynamic underlying process at play during various episodes of collective violence. This model specifies the mechanism through which a local episode of collective violence may amplify the global likelihood such events, and specifies conditions under which violence waxes and wanes.

END_OF_DOCUMENT_TOKEN_TO_BE_REPLACED 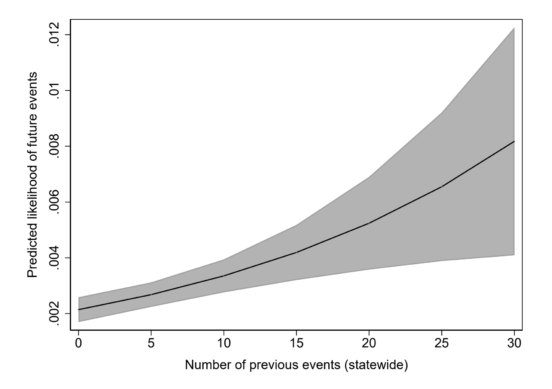 This paper sheds light on the recent spike in communal violence in India by theorizing unorganized violence as an epidemic. The basic premise is that riots, lynching, xenophobic assaults, and forms of spontaneous and uncoordinated violence spread rapidly when states fail to contain the initial violent events. Poor quarantine i.e. inadequate state response catalyzes the outbreak among the observers with variable predisposition to violence. Some of them are more vulnerable than others due to a combination of several unit-specific and system-specific factors. Each event generates a pathogenic template of action i.e. a heuristic containing information about the event and the ensuing sanctions. Lower probability of sanctions increases the likelihood of violence. Repetitive exposure to violent events cements the template in the minds of the observers, and the heuristic is involuntarily activated when they nd themselves in a situation they had vicarious observed. I use a novel dataset on cow-related violence in India to show that a violent heuristic around a common object of contention spreads like an epidemic in the absence of satisfactory police response. I also identify other cases where this analogy can be applied to increase our understanding of how violence spreads. END_OF_DOCUMENT_TOKEN_TO_BE_REPLACED

This paper analyzes how mainstream parties respond to their niche challengers. We know that vote seeking behavior among mainstream parties motivate them to bracket the median voter (usually situated around the center of the political spectrum), which has a moderating effect on their electoral rhetoric. However,they shift their position relative to the mood of the electorate by following the direction voters move to so moderation is not the only option. Niche parties, on the other hand, are policy seeking. They position themselves away from the center by championing issues outside the mainstream. I argue that niche parties produce a centrifugal effect pulling the median voter away from the center. This situation reduces the utility of moderation and mainstream parties adopt the rhetoric of their challengers to maintain their appeal. The system as a whole move from moderate to extreme as parties try to neutralize the effect of the niche alternative. I use the Comparative Manifesto Project data to demonstrate how niche issues make it to the manifestos of mainstream parties as an evidence of corrective behavior.The issue I am particularly interested in how radical right rhetoric makes its way to the manifestos of mainstream parties. My expectation is that corrective behavior among the mainstream parties i.e. drift away from the center becomes more likely when niche challenger disrupts the system by kindling issues (like immigration) systematically ignored by the mainstream. END_OF_DOCUMENT_TOKEN_TO_BE_REPLACED 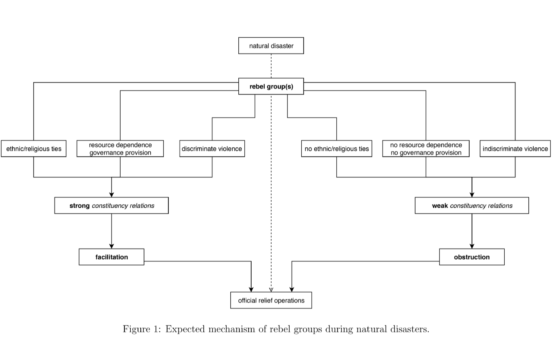 Natural disasters are increasingly overlapping with ongoing conflicts creating what scholars call dual disasters. However, these disasters also create’windows of opportunity’for the government and the rebels to take unprecedented actions. While the existing literature focuses on how governments deal with natural disasters, the rebel response to such exogenous shocks remains an understudied area. We seek to explain the heterogeneity of rebel behavior in this context by asking: why do some rebel groups facilitate the official relief operations during natural disasters while others obstruct them?This behavior, we argue, is a product of the strength or weakness of the ties between the rebel groups and their constituencies in the pre-disaster settings. We show that rebels having strong ties with the people they claim to represent are more likely to facilitate relief operations by operationalizing constituency relations in terms of ethnic affinity, resource dependency, services provision, and the use of indiscriminate violence. We test out theory using a novel data on rebel behavior amidst natural disasters. END_OF_DOCUMENT_TOKEN_TO_BE_REPLACED

It is my second blog in the series on graduate education in the USA. I previously wrote an introductory post on the idea of graduate school: accessible here. I am also compelled to state that this guide is based on my personal experience as an applicant to various political science graduate programs, so it is best fit for future political/social sciences graduate students.

These are the main requirements for any graduate program:

Some schools may ask for additional documents but that varies from program to program. Now let’s go into details of each of these requirements. END_OF_DOCUMENT_TOKEN_TO_BE_REPLACED