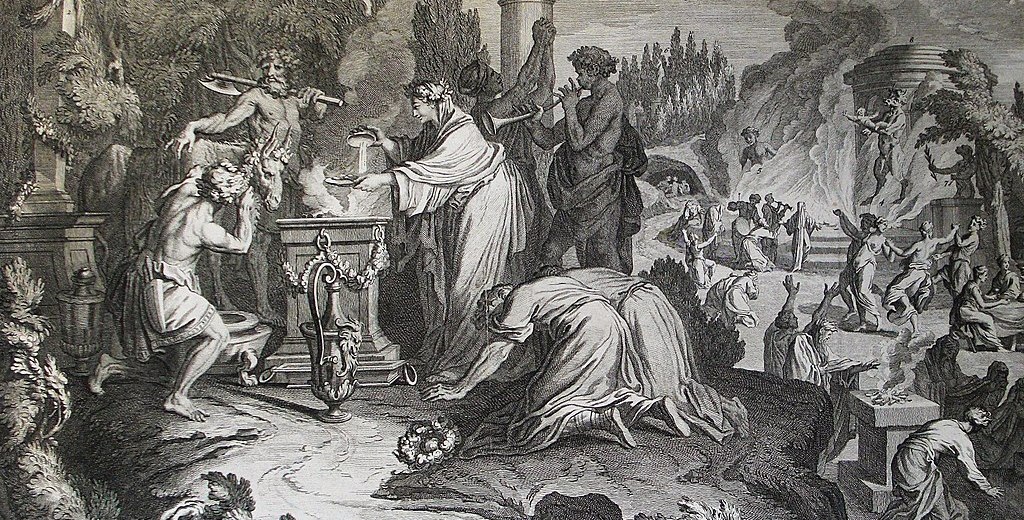 “Christianity was born among the urban Jews of the Roman Empire and spread gradually into the countryside. Even in largely rural Europe, monasteries functioned as surrogate cities and Christianity spread outward from these centers of structure and literacy.

Pagus is the Latin word for “countryside,” and in the countryside the old polytheisms lingered long after they had died out in the cities. Thus, a rural polytheist was a pagamus, and paganismus (paganism) became synonymous with polytheism. In England, pre-Christian polytheism lingered in the inhospitable heath, and so heathenism became an English synonym for paganism.
Though polytheism is not necessarily idolatrous (one may believe in many gods without making a single idol), polytheistic belief and idolatrous practice were generally conflated. More important for the centu ries that lay ahead, the increasingly jumbled memory of what Greco-Roman polytheism – remembered as “paganism” – had been in the Christian past was projected upon the enormous and almost entirely unknown world beyond the realms occupied by Christians, Muslims*, and Jews.”

* Islam for a long period of time was described in mythological terms until High Middle Ages began where Christians came to recognize Muslims, through increased cultural encounters like Crusades, as monotheists and worshipers of the same God that Jews and Christians worshiped.