The Pledge of Allegiance in The American School: A Functional Analysis

A California public school teacher posted a video on TikTok, which went viral on social media and invited a strong backlash. She described the video that she removed the American flag from her class because it made her feel uncomfortable and gave her students the option to opt-out of the Pledge of Allegiance exercise. One student, however, pointed out that they were pledging allegiance to ‘nothing’ alluding to an absent national flag. The teacher suggested they could pledge allegiance to another flag hoisted in the classroom, which was the Rainbow flag. Her action infuriated thousands who stormed social media to make hateful remarks. The teacher ended up removing her post, but the video is being circulated over social media by several patriotic accounts. For details, please see (Yurcaba, 2021).

What is interesting about this incident is that it is a perfect illustration of the function of schools in modern nation-states; of society as a ritualistic order; of values and norms embedded in the collective consciousness, of civil religion; and of sanctions against the violation of the sacred. I will discuss the function of schooling in producing a national ethos, how this modern solidarity replaces the traditional one, and how values and norms are contested and transferred through the institution of schooling.

A Functional Analysis of the Controversy surrounding the Pledge of Allegiance

Society is composed of various interrelated parts (institutions) acting in harmony to produce stability (function) and any perturbation in one or more parts causes dysfunction in the whole according to the functionalists. But how does a society come to define the function of the institutions? Durkheim and later Parsons suggest that it is through a general agreement on the propriety of conduct in various settings (value consensus) that is transferred from a generation to other through various vectors among which schools hold a key place in modern societies.

Society, according to Durkheim, is a ritual order (Durkheim, 1893). Collective consciousness – “the totality of beliefs and sentiments common to average citizens of the same society” (ibid.) – or shared beliefs and norms are a product of various rituals that society collectively performs and through them, the collective ascribes meanings to common objects of attention – material like an idol or immaterial like an abstract deity. Repetitive interaction between the members of a society creates a value consensus as people negotiate a shared understanding of rights and wrongs to harmonize their conduct. This value consensus represents an equilibrium in the social life, and a violation of which disturbs the social fabric or the organic whole. Any perturbations caused by the deviant individual, hence, need to be corrected through sanctions that restore the balance. In modern, civil societies, these sanctions are generally restitutive i.e., they do not prescribe physical discipline but procedural, psychological, and emotional discipline to compel the violator to return and conform to the agreed-upon values. The society, in that sense, exerts a centripetal force on its members to cancel any effect that would result in the decomposition of the moral order that holds the collective together. It is also important to make a distinction here that every institution serves a manifest function that is readily observable to define it in its narrowest sense, and a latent function that may not be as easy to comprehend as the former (Merton, 1968).

Schools play an important role in the functional understanding of society. They are primarily the places – especially in a modern society where families exert less and less influence over their children – where students learn about the value consensus and harmonize their individual consciousness with that of the collective. Schools teach students the proper way to conduct themselves in society by exposing them to unwritten, disciplinary norms that are embedded in the daily social practices like cooperation and competition or individualism and collectivism depending on the cultural context through curricular and extracurricular activities. This practice is often referred to as “the hidden curriculum” (Martin, 1976), and denotes the latent function of schooling. This aspect of schooling is of utmost importance to the later social life of the students who would otherwise be at risk of anomie or normlessness (Durkheim, 1893) when they enter society as mature members. Equally important is the manifest function of schooling that equips students with necessary skills that need to fulfill various occupational positions the society, and sorts them according to their abilities i.e., merits to perform various tasks and consequently occupy various social positions accordingly. The latent function of schooling might overweigh the manifest function – or vice versa – depending on the observer’s vantage point, but the former is much important than the latter for the sake of this discussion.

The controversy surrounding the Pledge of Allegiance discussed at the beginning of this paper is a deformation of the ritual order that the American society holds, and the ensuing rage is ritual punishment aimed at the restitution of the original value. The transgression cited in the incident is two-fold: the violation of the general gender norm and the violation of the particular civic religion. The degree to which other members of the society perceive whether one violation is greater than another depends on how central that norm is in their individual belief system (the individual consciousness), but both values hold a critical position the general value consensus that the American society holds (the collective consciousness). Nonetheless, the outlash suggests a norm has been violated and society feels it should be remedied. The reaction of the teacher i.e., deleting her video, is interesting because it shows that the centripetal pressure to conform to the prevalent values in working. The teacher might be feeling a sheer sense of anomie in which her individual consciousness is clashing with that of the collective, and it is hard to maintain the sense of self in the wake of the corrective pressure. Society is applying restitutive sanction and succeeding in it as reflective in the action of the teacher. Although the teacher might feel that a physical threat is impeding, the probability of that is very low. She instead is feeling a psychological pressure to conform to the collective consciousness at least apparently if not actually.

The function of the Pledge of Allegiance as a ritual is central to the national consciousness of American society. It in fact has a religious value in the American nation-state (Bellah, 2005). It replaces the old gospel and hymn signing ritual in the pre-modern, dominantly Christian American society, where villagers would congregate in the Church each Sunday to reaffirm their belonging to a community in front of the cross as a totem of the society and the priest as a personification of the traditional authority. However, as American society entered its modern phase and the individual was no longer confined to the village or the local church, the old rituals were replaced by the new ones. Pledge of Allegiance became the new ritual to be repeated at an ordained time, collectively in front of the flag as the totem of modern society and a teacher as a new representative of the modern, secular authority. This pledge and the flag became the new sacred motifs of the new secular, national order. What’s sacred, according to Nietzsche, is something the collective agrees is not a laughing matter (Dreyfus & Kelly, 2011). What this teacher in the aforementioned incident did was defaming a ritual, which invited a ritual punishment directed at restoring the ritual to its pure form.

The second transgression made in the incident was directed towards gender norms. People in the United States stiff have a values consensus around the binary gender. The ‘moral’ outrage ensued because this act disputed not only this consensus – directly, but also the roles society assigns to the male and female genders – indirectly. The functionalists would argue that society is composed of two genders whose roles are well-defined because the very stability of the society depends on this division of labor. It is not necessarily motivated by religion – the religious image of gender is itself a product of the division of labor some would argue – but as a response to a perceived challenge to the social equilibrium. When gender is brought into question, those roles are also up for scrutiny as an extension. Here again, the centripetal forces were triggered. Those who believed that the status quo should be maintained – independent of the ritual involving the Pledge of Allegiance – were outraged and acted as if to retore the normative order. The crux of this discussion is that the teacher violated the very motifs that are central to the collective consciousness of a modern nation and the basis of the organic solidarity that its members felt when they performed the particular ritual or sorted themselves into various roles associated with gender. They responded swiftly to retore it.

A Critique of the Functional Perspective

Functionalism explains stability but at the expense of change. It is a status quo-oriented theory that predicts a return to the value consensus-based equilibrium as social forces would react to remedy any perturbation. The extreme end would be a dysfunctional state – anomie – that no one wants to be in. Functionalism ignores the role of human agency in creating and negotiating values and meanings – something other social theories like Symbolic Interactionism do much elegantly. The norms and values that make the value consensus is taken for granted, immune to change once established, and as something exogenous to the interaction.

We can use the controversy mentioned in the beginning to highlight this shortcoming of functionalism. There is indeed a collective consciousness that exerts its influence over the members of the society, but among those members are the few who resist the centripetal force of the collective. These are the members whose individual consciousness does not align with the collective because the values they hold are seen as heretical. The pressure to conform is indeed often strong, which may result in the individual committing suicide to maintain his self (Durkheim, 1897). However, these individuals can also be the harbingers of change. They act as norm entrepreneurs who attract those who think like themselves and negotiate the new normative consensus. The teacher in the controversy is a norm entrepreneur who is trying to negotiate the entry of a new symbol into the collective consciousness. For functionalists who allude to the human body to describe the function of various institutions, these norm entrepreneurs are like cancer destined either to be subdued by the immune response of the body or to kill the body itself. For symbolic interactionists, they are the much-needed fever that might feel like bane initially but turn out to be a boon, in the long run, shedding the lurking pathogens and leaving the body invigorated.  Schools in that sense are locomotives for change – something that neo-institutionalists would agree. They are the places where culture is not simply transmitted, but also contested and negotiated. From this perspective, the controversy we started with is not a controversy at all, but an attempt to carve out a new yet dynamic value consensus that is in constant flux and open to negotiation by the individuals who do not seem to fit the society.

A Bayesian Model of Lynching

Marxism as theology and eschatology of modernity 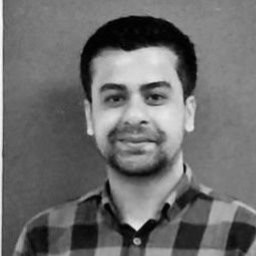